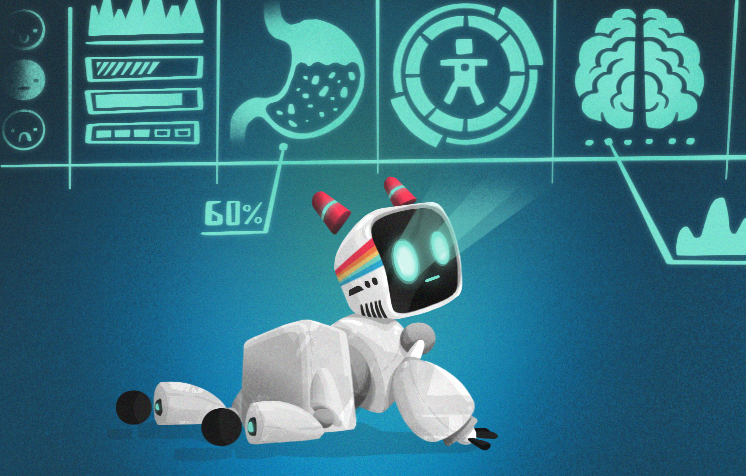 Babytech is growing and Tot Squad Founder and CEO Jen Saxton is leading the way as Tot Squad transitions to become the leading digital marketplace connecting parents to the services they need. Read Christine Hall's great article on the wave of babytech firms to learn more, excerpt below.

We have fintech, agtech, and now (of course)…babytech or even fam tech.

In fact, countless baby technology products, apps, gadgets and services are on the market (and have been for longer than a minute). But the demand for these products is stronger than ever as millennials lean into the comfort of technical solutions when starting families.

However, some experts in the sector say it was not always easy to get a product on the market. Years ago, babytech was considered a niche market that few investors understood or wanted to get into. Today, anyone considering adding to their family can find technology for everything from fertility to potty training and beyond.

“This is now a fundamental category because what is more important than how to set a family up for success?” Amy Schulman, partner at Polaris Partners, told Crunchbase News.

Now that the sector is addressing families of all shapes, sizes and cultures, there is space for real innovation, she said.

As a result, many startups are successfully raising funds. Just this week, London-based Peanut, a social network for women, closed a $12 million Series A funding round led by EQT Ventures. Its Trying To Conceive community has grown to 1.6 million users since forming last November, according to the company.

And some are even being acquired. In late March, Los Angeles-based TotSquad announced the sale of its baby gear cleaning and repair services to BabyQuip, a baby gear rental service. Tot Squad’s self-described mission is to improve access to pre- and post-natal services for parents and children, “from pregnancy to the playground.” The company says it will now focus on offering virtual services, including doula coaching, lactation support and sleep consultation, among other things.

One popular area of baby technology is nutrition and health, Schulman said. In fact, she recently led New York-based infant nutrition company ByHeart’s $70 million Series A round of funding.

Attention to childhood nutrition is driven by a generation of parents who have grown up with an ease of technology and a focus on their own nutrition and health, something they are paying attention to with their children, she added.

The registered dietitian, who was Starbucks’ first nutritionist, had her first child in 2008. While cruising the baby aisle in the grocery store, she noticed most of the prepackaged meals did not seem balanced, but rather were heavy on fruit and applesauce.

“That started a fire in me to create a better solution,” Thomson said.

She left Starbucks in 2010 and went on a mission to find which nutrients were needed for every stage of development so she could create a meal that was actually “square and balanced.” Thus, San Francisco-based Square Foods, also known as Square Baby, was born.

“We really focused on building our customer trust so that our square meals were based on nutrition science, not just marketing and lip service,” Thomson said.

Using her background in nutrition standards, she took a few years to develop a foolproof system for meals that are customizable and interchangeable by age range. Thomson also created specialized options for children with food allergies, nutritional needs or dietary restrictions.

Subscription meals are available on the Square Baby website with plans starting at $79 for 14 meals, and the company follows the baby’s growth to recommend meals and future products.

Square Foods, which formally launched its products in 2018, is working on its seed round, which Thomson expects to be about $2 million and will put the company on a path to profitability.

“When we started, we were shipping just to California, but now we have expanded to eight states,” Thomson said. “We are bringing in a new partner that will enable us to soon ship to the lower 48 states without losing the premium product quality that is important to us.”

Forbes estimated in 2019 that the U.S. babytech market size was about $46 billion, and reported that investors had pumped some $500 million in funding into companies within the sector since 2013.

In fact, the industry is evolving so quickly that some experts say the term “babytech” has outgrown itself. They are now using the term family technology, or “fam tech,” to describe the full lifecycle of having children.

And knowing what products people like, and what will happen in the babytech marketplace before it happens, is gold.

Robin Raskin and Jill Gilbert run the BabyTECH Summit at the Consumer Electronics Show. For the last five years, the pair have seen the latest and greatest baby technology that includes strollers, sleep machines, breast pumps and baby monitors.

“We wanted to shine a light on new millennial parents, who were data-driven and wanted information on everything,” Raskin said. “A lot of the products are things to make parenting easier, but also anything to keep the baby healthy.”

Gilbert said when the summit started, the babytech market was still very young and people were trying to understand it.

“Even [health care tech giant] Philips was trying to understand the market while inventing things for it,” she said. “There are so many experimental things and technology such as artificial intelligence and sensors that are speaking more toward the customer. There are still questions around if these are luxury items or necessary.”

Baby products range in price, and while Raskin said most items under $100 sell better, Gilbert admitted she would spend $1,000 for a product to help her son sleep if she knew it worked.

Meanwhile, Natalie Gordon started tapping into the latest babytech products nine years ago to start the online universal baby registry, Babylist. At that time, she had a newborn son and a goal to help parents register and buy products across all retail channels for their newborns.

The Oakland, California-based company attracted 1 million users last year and has amassed a library of custom content and editorial based on trends among users, she said.

“Everything is to serve and help pregnant women and expectant families from all income levels across the entire life stage,” Gordon said. “We can see all that is happening across all retailers. So we add products–most are direct-to-consumer brands–and people who want those technology or innovative products are often early adopters.”

Gadgets continue to gain popularity, especially innovative technology that helps babies sleep through the night, “a priceless thing,” she said. She points to companies such as Owlet Baby Care, Lumi by Pampers, Happiest Baby’s Snoo and Hatch’s Rest.

Finding the next big thing

True Ventures Partner Ann Crady-Weiss started Hatch—Hatch Baby—in 2012 with her husband, David. Their first product was a night light and sound machine to help babies and children get rest.

As the Menlo Park, California-based company grew, Hatch decided to focus on the whole family and unveiled its Restore product in January at the Consumer Electronics Show as an all-in-one sleep solution for adults. Crady-Weiss said the product will unveil this week.

“Sleep is a huge issue,” Crady-Weiss said. “We have scaled with babies in a lovely way so that when it comes to sleep, we can go beyond baby to mom and dad.”

About 4 million babies are born in the United States each year, according to the Centers for Disease Control, which means companies have nearly that many new customers annually to get their products in front of.

As babies age out of one area, Crady-Weiss said, it is nice when a company can offer products or services that grow along with the baby and their experiences.

“That’s an interesting problem for entrepreneurs: How to make the market bigger than the 4 million babies born, or how to extract a ton of value from those babies,” she said. “If you can solve the problem and forge a long customer relationship, you can attract thousands of dollars from one customer.”

For Crady-Weiss, finding the next deal is all about the founder–someone with an advantage over the competition—who could have huge potential in the market and the right deal size.

One of the challenges to investing in babytech is being ready to spend 10 years on the board of the company, she said.

“There are not a ton of investors who are excited about babies, but many are bullish on the prospect of being on the board of a babytech company,” she added.

Working with babytech companies is something David Butler does not mind doing.

Entrepreneurs becoming parents themselves but wanting to continue to live the way they always have are innovating, he said. Butler groups problems into four spaces: daily grind, working parents, child’s potential, and health and safety.

One example he gave is what to do with all of the baby gear that a parent buys but gets outgrown.

“Most people don’t want to put it on Craig’s List because they don’t want strangers coming to their house,” Butler said. “Good Buy Gear makes it easier to buy and sell used gear by having a volunteer network that will pick up the items, refurbish them and list them for a cut of the sale.”

Be Curious led a seed round for the Arvada, Colorado-based company in 2019.

Another company both Crady-Weiss and Butler said they have their eyes on is Motherly, started in 2015 by Jill Koziol and Elizabeth Tenety.

Similar to Peanut, the Menlo Park-based startup provides an online community aimed at making mothers’ lives better. In April, Motherly secured a $5.4 million Series A round of financing led by 8VC.

But, five years ago, Koziol and Tenety were two millennial moms trying to get venture money for their concept. Investors told them to be a products-first company, but they wanted to begin with content instead.

“People told us ‘good luck with that,’ ” Koziol recalls. “I get it, but being an entrepreneur means having the passion and persistence to know that when they say you are wrong, you know you are right.

“We knew that to authentically connect with our customer base, the best way was through content,” she added. “We spent three years doing that, and now we have 30 million monthly users reading our content and watching our videos.”

With engagement established, Motherly will use the Series A funding to launch an e-commerce platform in the second quarter of 2020, Koziol said.

Melissa Hanna also knows the challenge of proving that her concept was not a niche service. In 2014, Hanna and her mother, Linda, formed Mahmee, a Los Angeles-based startup providing maternal and infant health support services.

Mahmee partners with health systems and county health programs to connect women with care providers and organizations through their motherhood journey.

“It was very hard for babytech and maternity tech companies like ours to enter this market, get funding and establish ourselves,” Hanna said.

However, that all changed in 2019. That’s when Mahmee raised $3 million in a seed round led by ArlanWasHere Investments.

Hanna is now seeing “incredible demand” from investors who are excited about the company, she said. As a result, the company is likely to raise money again before the end of 2020.

“It feels like babytech is having a moment,” she said. “Companies are being taken seriously for the first time, and I know I am not the only founder to feel that.”