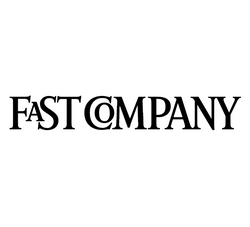 These days, trust is more than a fuzzy feeling—it’s a hot commodity that can boost or break your bottom line.

Consumers have come to expect transparency, a lot of it. Nearly 94% say they’re more likely to stay loyal to a company that offers transparency—and 76% say they don’t mind paying more to support a business that offers it, according to a recent study by Label Insight.

And 78% of consumers say they decide how trustworthy a company is based on how it treats its employees, according to Edelman research.

No doubt, building transparency is—or should be—on the mind of every entrepreneur. But what does transparency actually look like in the real business world? We ask seven founders to explain.

“I share very transparent stories about the journey of growing a startup in Silicon Valley on our company blog,” says Julia Enthoven, founder and CEO of Kapwing, a collaborative platform for creating images, videos, and GIFs.

“Whereas most founders shy away from talking about topics like cofounder conflict or fundraising struggles, I find that being open has increased Kapwing’s brand equity and hype in the tech community,” she adds.

In fact, during the company’s seed round, she says many investors flat out said they appreciated the transparency on the blog—and “nearly every employee that I’ve recruited has mentioned the blog as something that impacted their decision to join the company.”

Being honest with clients is an obvious way to build trust, yet it can be daunting when a company falls short.

“Although it often leads to uncomfortable conversations when things aren’t quite progressing as expected, the trust built through such transparency is critical to developing close and productive relationships,” says Scott White, CEO of PragmatIC, which provides low-cost flexible electronics for smart objects.

He takes that same open approach when he speaks publicly about the company, too.

“We are solving unique technical challenges, so we aren’t embarrassed to acknowledge that not everything happens as quickly as we originally planned,” he explains. “In a sector that has had more than its fair share of empty promises, I think people find this pragmatic approach a refreshing change.”

LET THE SUNSHINE IN

When it comes to distrust, it’s often said that sunlight is the best disinfectant. Or, in other words, shine a light to show there’s nothing to hide.That’s the logic behind virtually all employee communication at Tot Squad, a virtual service for baby gear installations, cleaning, and safety checks. Staff there use group messaging to keep an open thread on most day-to-day topics.

“We don’t forbid direct messages, but we strongly encourage all conversations to take place in open channels,” says founder and CEO Jennifer Beall Saxton. “This also makes it easier for knowledge transference when new people join the team.”

Helping employees feel safe at work is central to Claire Schmidt’s mission as founder and CEO of All Voices, an anonymous reporting tool employees use to report harassment or bias to their leadership.

Naturally, her company uses the reporting tool in an effort to boost transparency about her employees’ experiences and “build a culture that comes from the bottom up, rather than the top down.

“We also encourage our employees to ask anonymous questions in advance of our all-hands meetings, to be answered in front of the whole group,” she says. “And finally, we have ongoing conversations about how to continue to build a transparent culture as our company grows.”

He combats distrust by having biweekly, all-hands meetings where anyone is free to ask him questions, and group discussions about the state of the business are encouraged.

“If you’re upfront with [staff] about what you’re working on and where you’re giving attention, they will more likely ask to get involved and chip in with solutions,” he adds.

While trying to stay on the righteous path to transparency, it’s easy to overcorrect.

“For example, we brought on PR professionals, and I had my whole team meet with them to discuss ideas because I wanted to be transparent about where our marketing budget was being allocated,” explains Ishveen Anand, founder and CEO of Open Sponsorship, the largest marketplace for sports sponsorships. “I got feedback from my engineering team that they actually found this a waste of their time.”

“It made me realize that there is a limit to how much team members want to fully understand about other areas of the company,” she says, adding that she’s now more thoughtful about engaging employees on topics that relate to them.

REMEMBER EVERYTHING GOES “INSIDE OUT”

Today Matt Higgins is cofounder and CEO of RSE Ventures, a private investment firm that focuses on sports, entertainment, food, and technology. But once upon a time, he managed social media for an NFL team, which taught him a lot about transparency.

“Our fans were so feverishly passionate about their beloved franchise they would scrutinize our every move, so that eventually, everything that was on the inside would soon be on the outside,” he explains. “So our values, our behavior, and our culture better reconcile with what we were projecting because cracks would soon be exposed.”

CEOs today should have that same mindset, he adds.

“CEOs no longer need to grapple with whether to embrace transparency; they have no choice,” he says. “Transparency is the norm and the expectation, which actually makes management easier. The solution is quite simple: inside out.”